Corroborator is designed to process massive amounts of metadata related to particular events and people. The system analyst can easily navigate thousands of records and create a corroborated narrative of an event

Corroborator facilitates the analysis of complex, intricate and big data using well-established, efficacious machine learning (ML) algorithms and data visualization techniques. Data analysts, journalists, activists and interested individuals will be able to gain insight into what has occurred prior and during an event and facilitate the construction of a chronological narrative that represents multiple view points weighted by reliability.

The stored data can be further viewed and annotated by researchers and analysts. It can be used to build a broad understanding of the events under consideration. Through the use of data clustering and facet search users are able to narrow down their search criteria within large scale amounts of data. From this they can build atomic entities - such as Actors and Bulletins - into complex Incidents which represent a chronology of events and a compilation of media information, including Video, Image and Document elements.

The end goal of the system is better facilitate data traversal and to give greater insight into vast amounts of data - helping the user to organise, evaluate and structure the data into useable information that can ultimately be used to build evidence based reports. 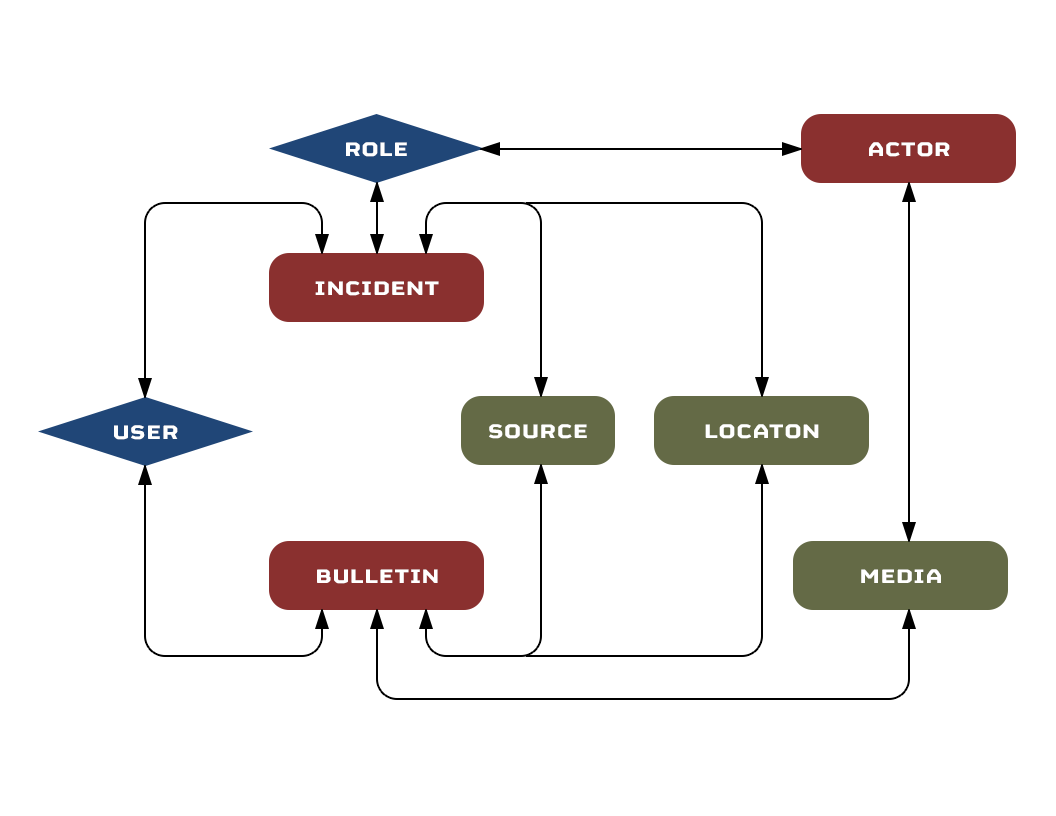 The corroborator data system is designed to help users create an abstract representation of the data that they are investigating. There are 3 key entities: Actors, Bulletins and Incidents. Actors capture individuals or groups who play some part in the events under scrutiny. It is possible through this system to build Roles for Actors that highlights specifically what parts they play. Through Roles, Actors can be associated with other Actors as family members, elements of a structured institution - such as military or governmental bodies - or stakeholders. The relationship between an Actor and a Bulletin is built in a similar way but in that circumstance an Actor is portrayed in the Role of perpetrator, victim, kidnapped, detainee etc.

Bulletin are designed to contain all information and analysis relating to a specific piece of Media evidence. This Media can be of the form of news reports, documents, images or video. The bulletin allows the users to add specific information drawn from the Media such as locations, crimes, source details, chronological events, Actor Roles and additional allows tracking of modification to Bulletins via the reversion system which snapshots entities.

To build a complete narrative multiple Bulletins, Actors and Actor Roles are grouped together into Incidents. This entity represents a multifaceted view of a specific event or chain of events. In the same manner as Bulletins, users are able to capture detailed views of Incidents via location, crimes, labelling, source details and relationships to other entities such as Bulletins and Actors.

The complete schema shown below attempts to capture, in abstract a way as possible, detailed information about a given investigation. Through the use of the faceted search system users can quickly group entities based on time, labelling and detail similarity so grouping multiple entities within an Incident is intuitive and straightforward. 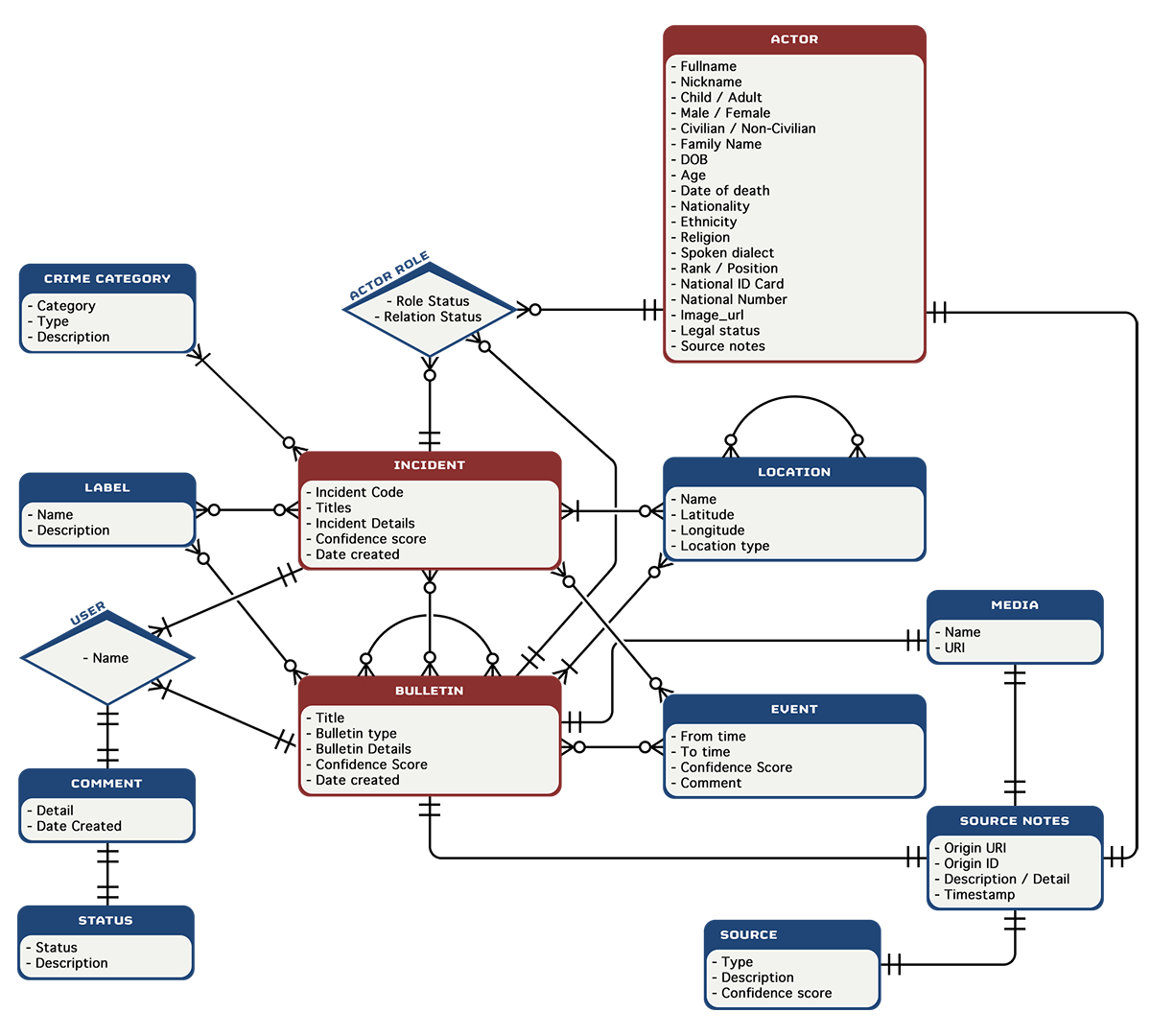